“In the days when the judges ruled in Israel, a severe famine came upon the land. So a man from Bethlehem in Judah left his home and went to live in the country of Moab, taking his wife and two sons with him. The man’s name was Elimelech, and his wife was Naomi. Their two sons were Mahlon and Kilion. They were Ephrathites from Bethlehem in the land of Judah. And when they reached Moab, they settled there. Then Elimelech died, and Naomi was left with her two sons. The two sons married Moabite women. One married a woman named Orpah, and the other a woman named Ruth. But about ten years later, both Mahlon and Kilion died. This left Naomi alone, without her two sons or her husband.” Then Naomi heard in Moab that the Lord had blessed his people in Judah by giving them good crops again. So Naomi and her daughters-in-law got ready to leave Moab to return to her homeland. With her two daughters-in-law she set out from the place where she had been living, and they took the road that would lead them back to Judah. But on the way, Naomi said to her two daughters-in-law, “Go back to your mothers’ homes. And may the Lord reward you for your kindness to your husbands and to me. May the Lord bless you with the security of another marriage.” Then she kissed them good-bye, and they all broke down and wept. “No,” they said. “We want to go with you to your people.” But Naomi replied, “Why should you go on with me? Can I still give birth to other sons who could grow up to be your husbands? No, my daughters, return to your parents’ homes, for I am too old to marry again. And even if it were possible, and I were to get married tonight and bear sons, then what? Would you wait for them to grow up and refuse to marry someone else? No, of course not, my daughters! Things are far more bitter for me than for you, because the Lord himself has raised his fist against me.” And again they wept together, and Orpah kissed her mother-in-law good-bye. But Ruth clung tightly to Naomi. “Look,” Naomi said to her, “your sister-in-law has gone back to her people and to her gods. You should do the same.” But Ruth replied, “Don’t ask me to leave you and turn back. Wherever you go, I will go; wherever you live, I will live. Your people will be my people, and your God will be my God. Wherever you die, I will die, and there I will be buried. May the Lord punish me severely if I allow anything but death to separate us!” When Naomi saw that Ruth was determined to go with her, she said nothing more. So the two of them continued on their journey. When they came to Bethlehem, the entire town was excited by their arrival. “Is it really Naomi?” the women asked. - Ruth 1:1-19 (NLT)

Now there was a wealthy and influential man in Bethlehem named Boaz, who was a relative of Naomi’s husband, Elimelech. One day Ruth the Moabite said to Naomi, “Let me go out into the harvest fields to pick up the stalks of grain left behind by anyone who is kind enough to let me do it.” Naomi replied, “All right, my daughter, go ahead.” So Ruth went out to gather grain behind the harvesters. And as it happened, she found herself working in a field that belonged to Boaz, the relative of her father-in-law, Elimelech. While she was there, Boaz arrived from Bethlehem and greeted the harvesters. “The Lord be with you!” he said. “The Lord bless you!” the harvesters replied. Then Boaz asked his foreman, “Who is that young woman over there? Who does she belong to?” And the foreman replied, “She is the young woman from Moab who came back with Naomi. She asked me this morning if she could gather grain behind the harvesters. She has been hard at work ever since, except for a few minutes’ rest in the shelter.” Boaz went over and said to Ruth, “Listen, my daughter. Stay right here with us when you gather grain; don’t go to any other fields. Stay right behind the young women working in my field. See which part of the field they are harvesting, and then follow them. I have warned the young men not to treat you roughly. And when you are thirsty, help yourself to the water they have drawn from the well.” Ruth fell at his feet and thanked him warmly. “What have I done to deserve such kindness?” she asked. “I am only a foreigner.” “Yes, I know,” Boaz replied. “But I also know about everything you have done for your mother-in-law since the death of your husband. I have heard how you left your father and mother and your own land to live here among complete strangers. May the Lord, the God of Israel, under whose wings you have come to take refuge, reward you fully for what you have done.” - Ruth 2:1-12 (NLT)

“May the Lord bless him!” Naomi told her daughter-in-law. “He is showing his kindness to us as well as to your dead husband. That man is one of our closest relatives, one of our family redeemers.” - Ruth 2:20 (NLT)

So Boaz took Ruth into his home, and she became his wife. When he slept with her, the Lord enabled her to become pregnant, and she gave birth to a son. Then the women of the town said to Naomi, “Praise the Lord, who has now provided a redeemer for your family! May this child be famous in Israel. May he restore your youth and care for you in your old age. For he is the son of your daughter-in-law who loves you and has been better to you than seven sons!” Naomi took the baby and cuddled him to her breast. And she cared for him as if he were her own. The neighbor women said, “Now at last Naomi has a son again!” And they named him Obed. He became the father of Jesse and the grandfather of David. - Ruth 4:13-17 (NLT)

1) Recognize God’s activity in your life.

2) Recognize love in your life.

“For he has rescued us from the kingdom of darkness and transferred us into the Kingdom of his dear Son, who purchased our freedom and forgave our sins.” - Colossians 1:13-14 (NLT) 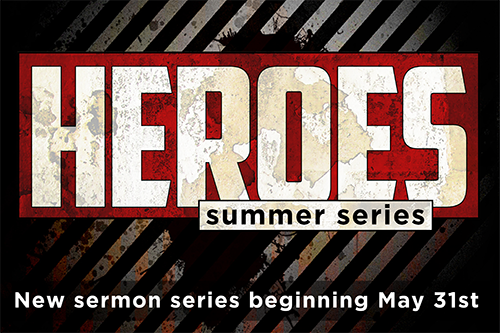